{jcomments off}Update Nov 2014: The Gap Titan has ben sold and replaced by an OCF Dipole in the same location. I found that the elevation of the antenna did not work very well in my situation. Lowering the antenna to <3mt above ground seemed to solve the SWR issues, but unfortunately that location was not suitable for me.

On 18th May 2014 I installed a Gap Titan DX multiband vertical HF antenna. The Antenna is about 25' long with the base at 8' above the roof mounted on a tilt mechanism for easy access and maintenance. 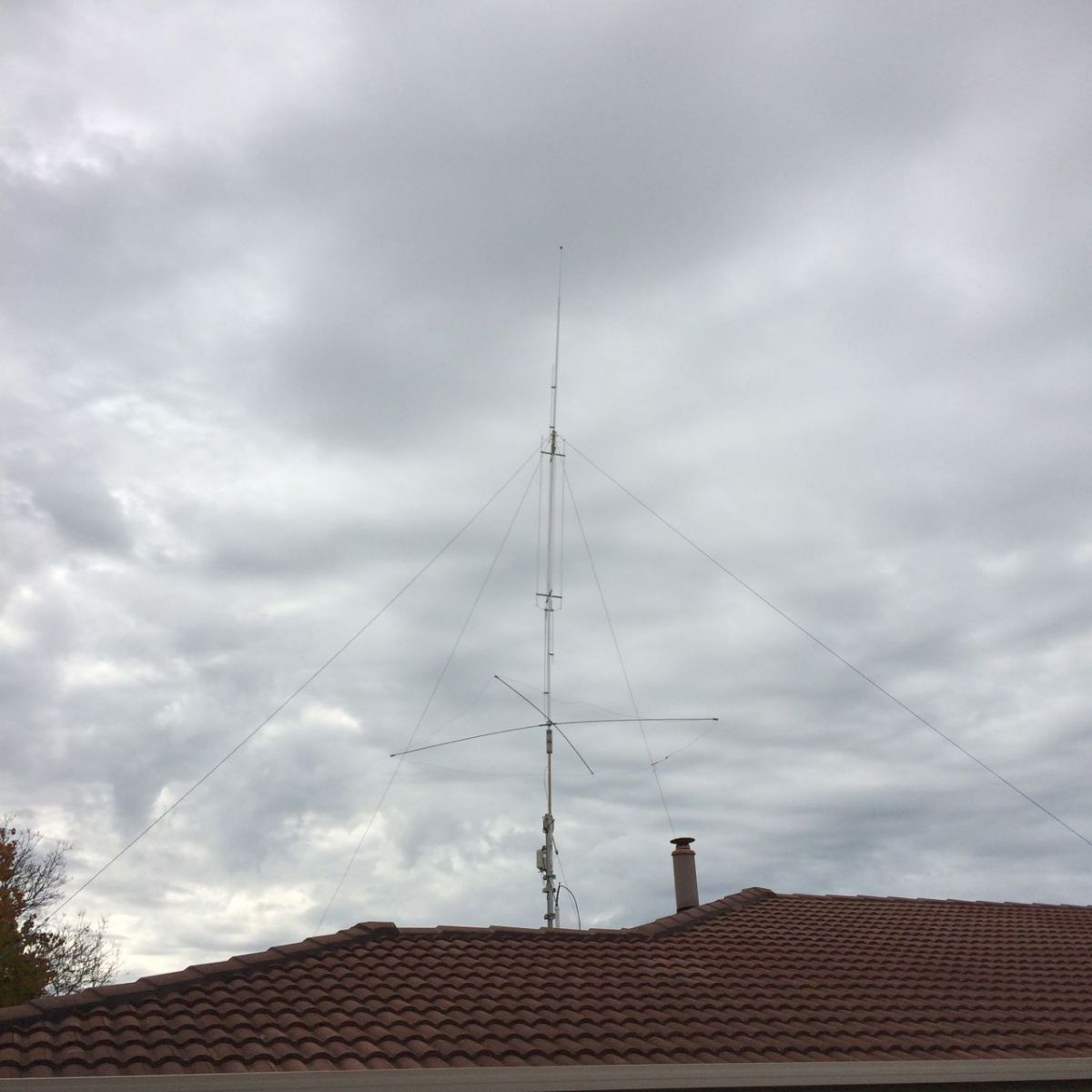 To start with I found it difficult to get the SWR below 2:1 on all bands, but that was mainly due to lack of earth on the end of the feed line. Once I installed my lightning protection equipment (Novaris Gas Arrestors), which also provides good earth at the shack end for all feed lines, my SWR problems went away and the antenna exhibits SWR that is <2:1 on all bands ... except 10MHz, but I haven't seen a multi band antenna that produces a good SWR on 10MHz without a tuner.